Use of wood vinegar in agriculture dates back at least two millennia in ancient China, Egypt, Greece and India. Wood vinegar also has a long history and it has been used daily, for example, in Japan as a result of numerous health claims related to the product. Since the 1930’s, wood vinegar has also been used in agriculture as a fertilizer and growth promoting agent. Although the word ancient, related to  the use of wood vinegar, has been mentioned in many documents and on web pages it was difficult to find good scientific evidence to attest the first records of wood vinegar used as pesticide. Probably only few documents are available or the information has been written in languages and in countries difficult to reach via modern information retrieval.

In conventional pyrolysis processes, wood is slowly heated up to the maximum temperature. Lower process temperatures (400 ºC) and longer vapour residence times favour the production of char. Besides slow pyrolysis, other terms such as carbonization, destructive distillation, and dry distillation are used for this kind of thermal process . The pyrolysis of wood was probably human’s first chemical process. It is known to have been practiced by the ancient Chinese. The Egyptians, Greeks, and Romans made charcoal by wood carbonization, and collected the condensable volatiles for embalming purposes and for filling joints in wooden ships.

The most important product of carbonization is charcoal. Industrial carbonization is carried out predominantly in large retorts with capacities up to 100 m3 of wood. The aver-age  practical  yields  are  about  35  wt%  of  wood,  and  depend  on  the  wood  species  and  wood  size,  carbonization  system,  processing  time  and  final  temperature.  Beech  wood  is  the  dominant  raw  material  for  the  production  of  charcoal  in  Europe.  In addition, oak, ash, alder and maple are used.  In North America, the raw materials include also hickory, elm, sycamore and some softwood species.  In  the  Nordic  countries  minor  amounts  of  birch  is  used,  and  in  South  America  and  South  Africa,  charcoal  is  produced  mainly  from  hardwood species of Eucalyptus

Until  the  late  1800’s,  wood  carbonization  was  the  major pyrolysis  process,  and  supplied  the  increasing  amounts  of  charcoal  that  were  required  for  iron  ore  smelting.  The iron furnaces in the USA used charcoal exclusively until the 1840’s, and somewhat later the share of the iron market produced  with  charcoal  was  increasingly  replaced  by  that  of  coal and coke iron. By the 1900’s, destructive distillation of wood was practiced widely on a commercial scale by heating wood in closed retorts.  The  vapours  produced  were  condensed  to  give  tar  (wood  tar  or  sedimentation  tar)  and  an  aqueous  layer  (pyroligneous  acid).  In  the  retorts  about  the  same  quantity  of  the  major  products  charcoal  and  raw  pyroligneous  liquor  (crude  wood  vinegar)  are  produced.  This liquor is first settled and then decanted from the sedimentation tar. The tar can be fractionated into tar oils and tar pitch. Raw pyroligneous acid contains primarily methanol, acetic acid and soluble tar.  By the turn of the century, wood was  the only source for the latter chemicals.

Essential oils are known to be effective herbicides. Similarly birch tar oil has shown a herbicidal effect on numerous species of weeds. A preliminary field experiment indicated that pyrolysis liquids made of birch wood can be used for the control of broad leaved weeds. Wood vinegar at low concentrations stimulates plant growth. Field experiments conducted in China have shown that wood vinegar, made from biomass residues, can be used as a foliar fertilizer improving the yield and quality of celery. A mixture of charcoal (biochar) and pyroligneous acid has also shown to enhance soil fertility and the growth of bedding plants. Bamboo vinegar is known to simulate plant growth depending on the pyrolysis temperature. Treatments with bamboo vinegar have also demonstrated an increase in vegetable growth. Other studies have concluded that wood vinegar in organic farming can have a variety of applications, including pest control, improving soil fertility, and plant growth promoter or inhibitor. A substantial number of claims have been presented in the form of commercial advertisements, which indicates that more research is urgently needed to improve the scientific basis of the use of wood vinegar in agriculture 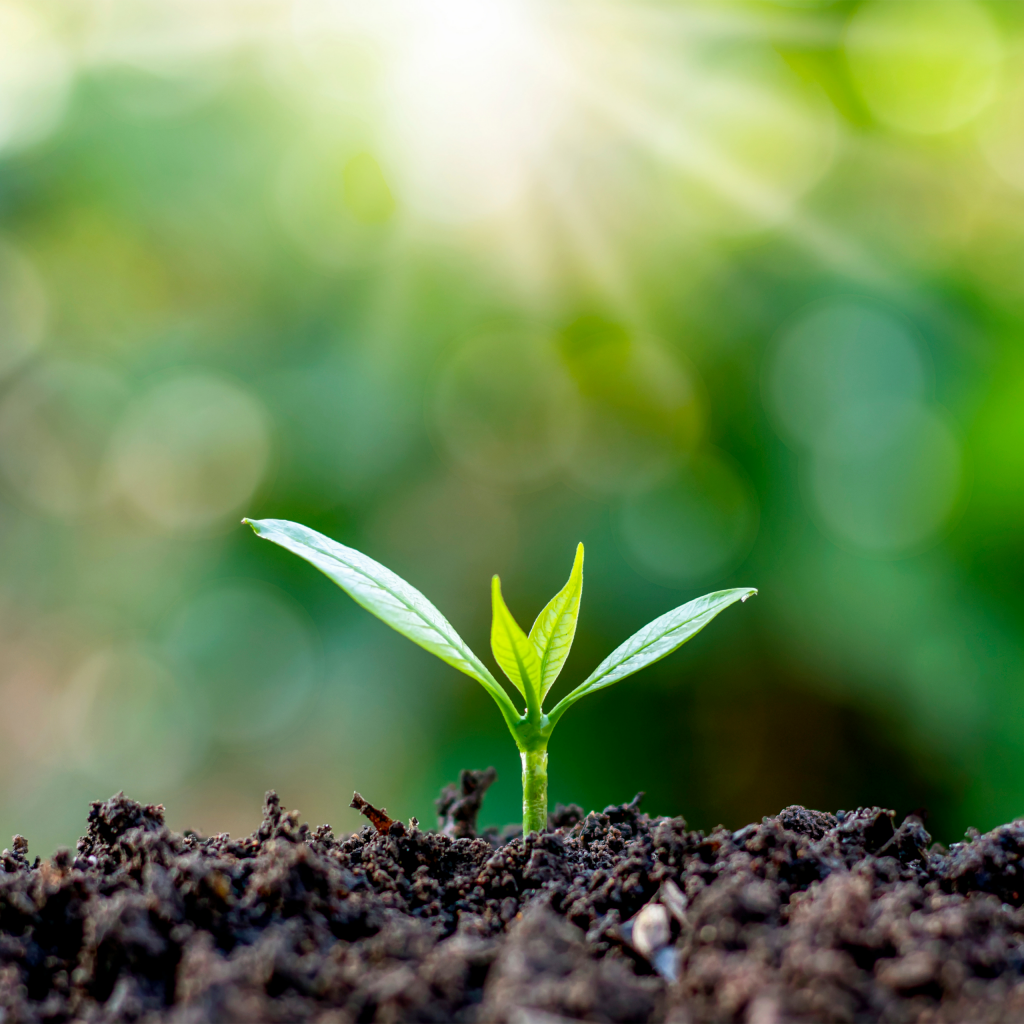 Wood Vinegar has been widely used to repel insects from plants and households in Thailand and it is easy to find pyroligenous products marketed on the Internet as an insect repellent. Efficacy of wood vinegar as an insect repellent has not been widely studied or published and thus the scientific evidence is minimal. However, Strong in 1973 reported good results when wheat seed were treated with hardwood tar oil to repel birds, rodents, and insects. Hardwood oil was also found to be toxic to all the tested insects. Very similar effects were found when pyroligenous acid was used for controlling insects from sweet corn plots. Wood tars pyrolysed from alder, larch and birch were effective repellents for control of the vole(Clethrionomys rufocanus bedfordiae) in an experiment in Japan. In addition, scientific evidence reported in Finland demonstrated that birch tar oil effectively repelled slugs (Arion lusitanicus) and snails (Aranta arbustorum).

Wood Vinegar as Feed for Animals

It has been suggested that wood vinegar can improve the performance of weanling pigs by improving the nutrient digestibility and reducing harmful intestinal coliforms. Moreover, the performance of pigs fed with wood vinegar was found to be better than those fed with organic acid. Feeding of calves can be activated with charcoal containing wood vinegar. The vinegar liquid called Nekka-Rich showed antiprotozoan activity against Cryptospiridosis parvum oocysts. Calves that were fed milk enriched with Nekka-Rich showed recovery from diarrhea 1 day after the start of treatment. Mixture of charcoal and wood vinegar was proved to be useful as an aqua feed as well as a useful component in chicken feed.

Pyrolysis liquid from fast pyrolysis is a feasible alternative in replacing fossil fuels in European pulp and paper industry. The European pulp and paper industry has a potential to build up to 50 pryolyzers integrated to fluidised bed boilers. In the short-term,  pyrolysis oil market is in fuel oil and natural gas replacement in lime kilns and boilers, while long-term RTD is focused ontransportation fuels.

The only commercial application for fast pyrolysis is still, however, the Red Arrow Products Company plants producing food flavourings, the capacity being around the 1 to the negative one power. Integrated energy and chemicalproduction plants are now recognized as having considerable potential for maximizing economic viability of the fast pyrolysis plants.

In Japan, the biochar market is developing very fast and may boost the production and use of wood vinegar in agriculture. Respectively, plans to develop an eco town concept will act as a driving force stimulating the use of carbonization as an element of environmental technologies.

The global market cvalue for pesticides was estimated in the year 2000 at 32 billion US Dollars, with the share of developing countries around 3 billion US dollars. Biological control proucts have 2-3% of the world-wide annual turnover of plant protection products. The market of biopesticides and biorationals began rapidly increase in the USA by the end of 1999, when EcoSMART Technologies registered over a dozen products. The biorationals data base does not include wood vinegar which may indicate that in many countries the commercialization of botanicals has been focused on essential oils more than on pyrolysis liquids.

In Asia, the wood vinegar market is developing differently. Currently, 189 wood vinegar products have been listed on a commercial home page of which 128 come from China. The wood vinegar based pesticied market is very progressive in Japan and in numerous other Asian Countries such as Thailand, Cambodia, and China.

The Registration procedure for pesticides differes between countries and as a consequence, pyrolysis liquids have been listed differently. In the USA, vinegar has been listed as a minimum risk pesticide but not wood vinegar. Pine tar oil has been registered for pesticide use in the USA, Australia, New Zealand, Hungary, and Canada, where as tar acid oil is only registered in Australia, India, New Zealand and the United Kingdom. Juniper tar has been listed for use only in New Zealand. In Europe, the wood vinegar market is not comparable to the Asian market.